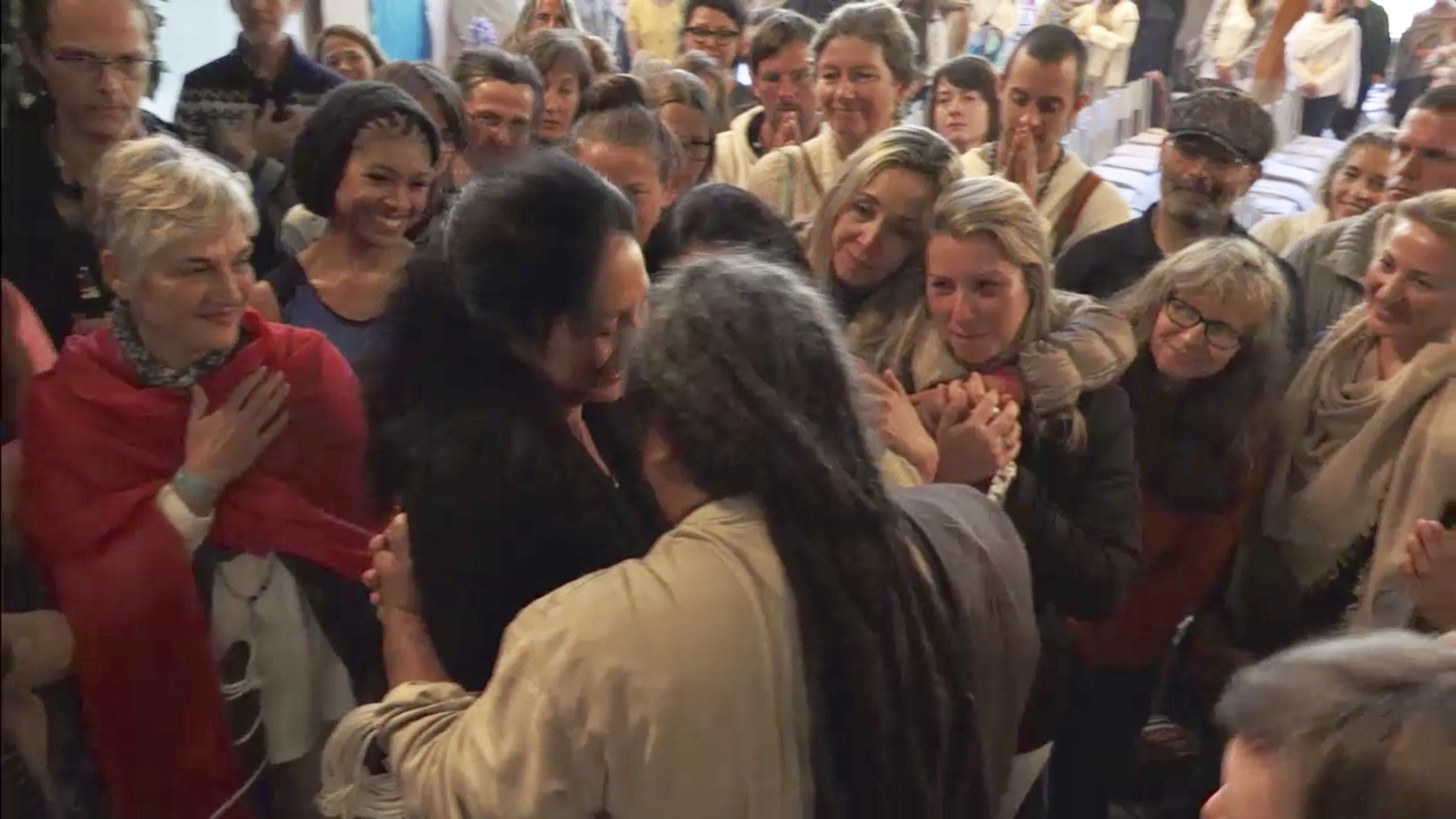 I keep a picture of the moment just before I met Mooji as the background art on my mobile phone. I do that because I want to keep that beautiful memory alive in my consciousness. It was so profound, but even still, life creates new memories that can push old ones down.

When I think back to my experience of meeting Mooji in Lisbon, I can say that I knew he possessed incredible wisdom, but I had not yet processed the idea of him as an enlightened being. That concept (and guru or other names) was not something that I really processed. (They are just names, after all!)

During my first time meeting Mooji in Satsang, I felt profound shifts in my understanding, but even that did not prepare me for what it would be like to meet him!

As I waited patiently along a rail, near the end of his path, where he would exit the hall, I held a copy of “Meditative Questions” that I had signed for him, and planned to gift him. As he came nearer to where I was standing, I heard people spontaneously start to cry or laugh, and I felt myself smiling without any reason. As he came closer, I felt everything around me slowly drop away. When Mooji reached out to hug me, absolutely everything dropped away and I felt an immense light shining within myself. Mooji presented as an endless and infinity source…of what? I can’t describe.

As he hugged me, he simply said, “Wonderful, wonderful,” and I later internalized this as his acknowledgment that perhaps I had, in that moment, dropped even my own self, so as to be open for that divine encounter. (Somehow I remembered to give him the book and I shall never forget his gracious acceptance and happiness at receiving that gift.)

I have never met anyone remotely close to Mooji’s being, but I love that his teachings point the way for others to join him in the infinite.

As I thought this morning about meeting Mooji, I thought back to how it was said that Christ healed the sick and helped the blind to see. When I was a child, I imagined Christ as a magical figure (I still do!) who had kind of imparted magic when he touched people and healed all. As I think of Mooji, I see it a little differently. While I still think of him as magical, I think that his pointings bring everyone to WHOLENESS. In reflecting on my experience meeting him, absolutely every care and worry dropped away. If I had been sick, I would not have been in that moment. If I had been blind, the seeing he provided would have been internal…it was an emptying that, through removing everything, all could be seen.

My understanding of that experience still comes in waves, as does my awakening. Through Mooji, I have experienced THAT which cannot be seen…and I continue to absorb his lesson that I AM THAT.

I am thankful. Namasté. 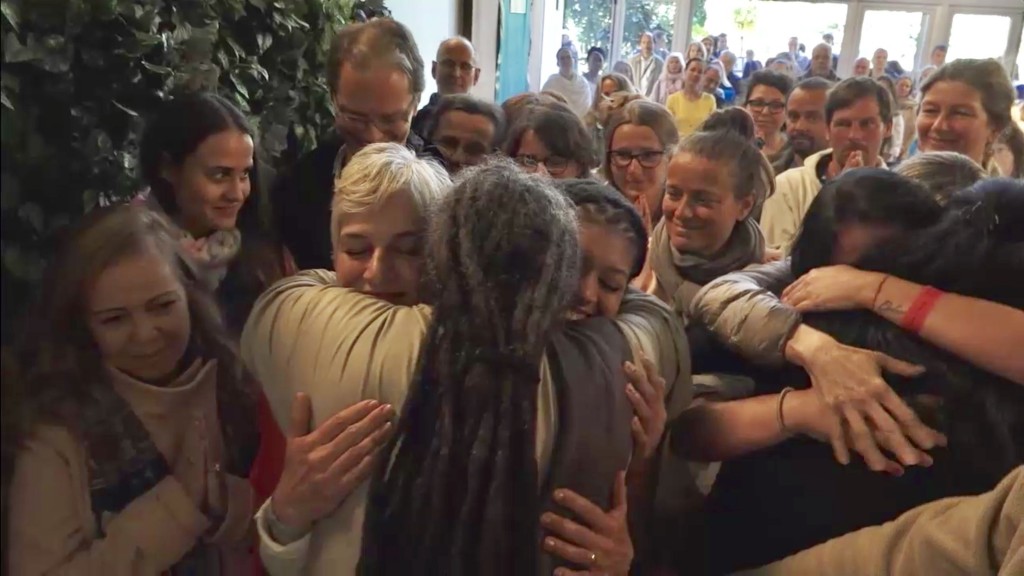 Leave a Reply to selena sage