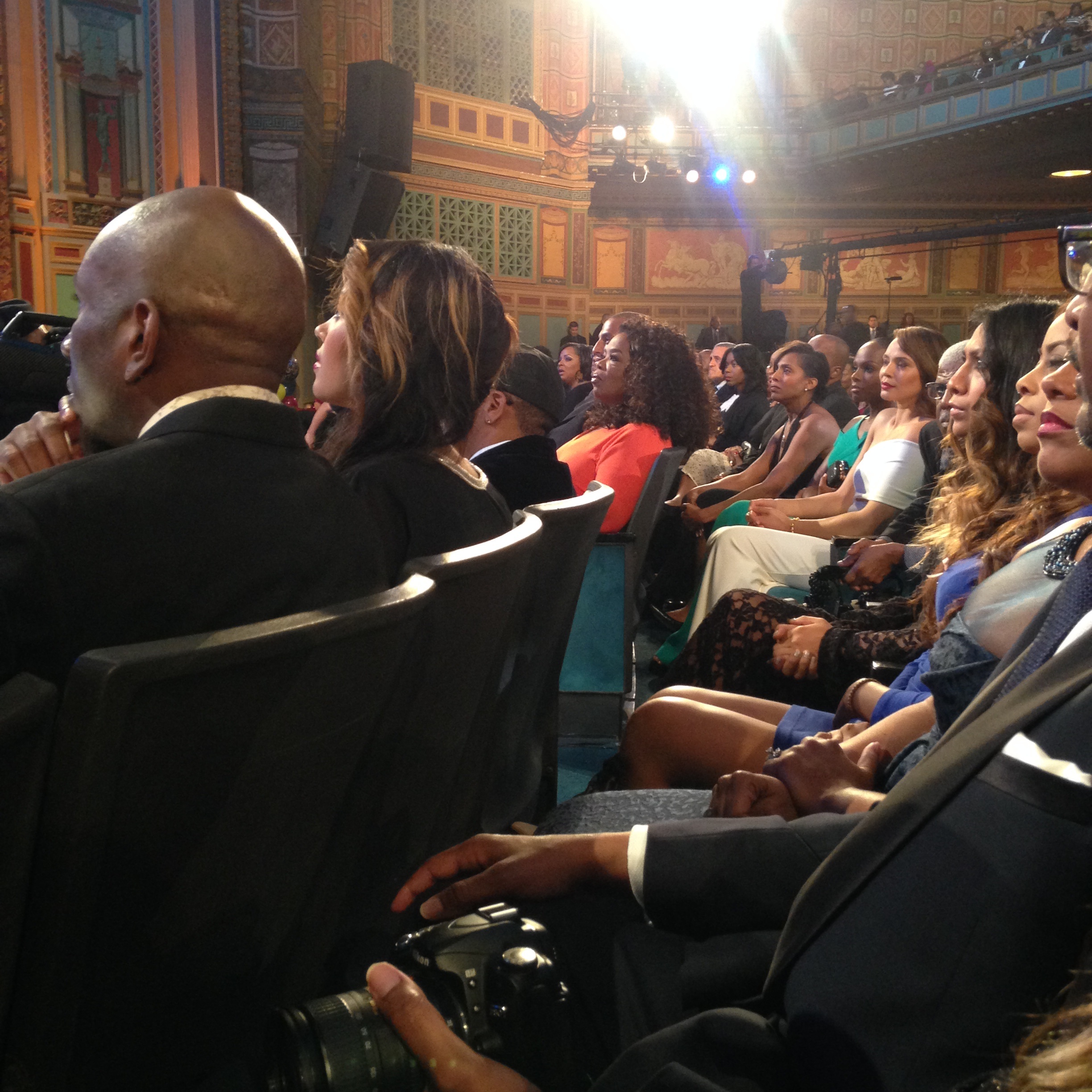 This is a story about how I accidentally (on purpose) met the incomparable (wonderful and beautiful) Oprah Winfrey. (!!!!)

Please note: I’m writing this at 2am, so thank you for your kindness and understanding as you read my excited thoughts ;)

First, I will just say that I do not think there is any such thing as ‘coincidence.’ The red light that you may curse may also be saving your life. Having faith that everything is happening for your highest good cures one of worrying about (perceived) missed opportunities.

Secondly, I cannot put into words my gratitude for the beautiful life I have been blessed to have. My health and amazing family and friends are my greatest blessings. Additionally, the places I have been, the people I have met, and the experiences I’ve had continue to astound me. I am so thankful.

Finally, I must say that because of my belief that we are all One, coming from the same Source, I do not find that I get ‘star struck’ in the traditional sense. I appreciate the magic and beauty of our collective shine. We are made of stardust…therefore we are all stars :) But for the record, Oprah does shine very brightly…and she has a certain magnetism that changes the energy of a space….even one as large as an auditorium. I do not believe it is from her fame and fortune, however. I think it is because she has lived her truth so fiercely that we have all (myself included!) become inspired by her example.

Originally, I was supposed to go to a concert last night. I love music, so going to a concert is generally an automatic yes. With an invitation from my lovely friend Sara, it becomes an easy yes :) However, three of my wonderful and fabulous girlfriends from college were in LA to attend the NAACP Image Awards. On Thursday, they were able to secure a prime ticket to the Image Awards for me. This conflicted with the concert and I was not comfortable asking Sara if she might be agreeable to a change in plans, but something about attending the Image Awards felt right. What an opportunity to be surrounded by such talented people happily sharing their gifts! Sara was very gracious and supportive (as is usual for her!) with this change, and I suddenly found myself rearranging my schedule to attend the Image Awards. Wow!

My college friends provided numerous updates on the planned arrival time for the show. But I rolled with all of the changes and made alternate arrangements for my ticket in case they had to leave. I was very much in flow with the process.

While driving to the venue, I felt my grandmother’s presence. I wear a ring she gave to me, and I kept thinking in the car, “Grams, we’re going to the Image Awards!” I knew she would have absolutely loved to attend, and in a special way, I felt like she was coming with me. It was a beautiful feeling. I remember twirling her ring on my finger with a big smile.

I arrived at the venue a little after 5:45p, and was cautioned several times before entering that I was likely too late to enter for the start of the show (it was advertised that doors would be closed at 5:30p). The staff said if that was the case, I could enter after the first television commercial (the show was live!). Things worked out that I met with my friends and we were all able to enter prior to the start of the show. Again, everything was in flow. What happened next was another dose of magic…

As I was entering the auditorium, I asked my friends if we were able to get seats together (originally, I was going to be away from the three of them). As I said this, a gentleman asked if one of us might like to sit with him at the very front by the stage. He explained that his original date for the event had missed their flight. My friends and I paused and then I volunteered.

The seats ended up being two rows from the stage!! We literally sat behind David Oyelowo (who played Martin Luther King, Jr. in the film Selma so magnificently). We were on the same row as (beautiful) Kerry Washington. Oprah was six seats down on the row to my right. A stone’s throw away.

I am sensitive to the fact that celebrities get approached by people excessively with requests for pictures and autographs. Never have I had any intentions of being a person to fawn after a person because of their celebrity status. This would fly in the face of everything I value. However, I do believe in sharing appreciation and love with others. But I’m getting ahead of myself…

During one commercial break, my new friend and seat neighbor who invited me to sit with him told me that he’d like to have a picture with Oprah. My response? “Let’s do it!” haha So typical of me :) He said that maybe we should wait a moment, and I said…”There’s no time like the present! Let’s go!” haha

There were a couple of guards in Oprah’s vicinity, but I wasn’t even aware of them at the time. When I encouraged my new friend to ask Oprah for a photo, he said, “You first.” haha I said, “Okay” and confidently walked towards Oprah. (It’s so funny to think back on this…less than a day after it transpired.)

I said hello and she, kindly, did not ask security to escort me out haha Instead she gave me a smile, said hello, and shook my hand. I told her that she has been such an inspiration for my writing pursuits and she graciously smiled and thanked me. Then she noticed my ear cuff, which she loved, and I found myself bending down to show it to her more closely. So during the commercial break, I somehow found myself bending down on the front row of the awards show while Oprah Winfrey held my ear to see the back of my earring. haha How amazing!

After the earring demonstration, I asked her if I might share my card with her (which I decided at the last minute I should add to my bag). Again, she was gracious enough to take it. My memory is foggy after that haha I think I might have thanked her for her contributions or said it was great to meet her…those things had all flowed through my mind.

I will tell you that several times during our conversation, I did look around for my new friend and seat neighbor. He was nowhere to be found. haha! Seriously, he’d vanished.

After Oprah accepted my card, it was a natural time to return to my seat. There is wisdom in knowing when it’s time to go haha :) Plus, my new buddy had some explaining to do! ha!

I asked him what happened, and he told me, “I saw some other people I knew.” Lame, right? So I called him out, jokingly, by saying, “You were scared to meet Oprah!” ;) We laughed about it a bit and continued to enjoy the incredible show.

My truth about the event is that he helped to enable an encounter that was intended to happen. The series of fortunate events that led up to sitting next to him were supposed to happen and could not have happened any other way. I will always be thankful for this beautiful reminder that what is meant to be will be.

As Steve Jobs famously said, “You can’t connect dots looking forward, you can only connect them looking backward.” I have no idea how meeting Oprah will change the course of either of our lives. But I am thankful for that moment in time and her graciousness. I believe that everything you do means everything. When someone chooses love over all available options, that is a beautiful thing.

So this story is less about the incredible experience of meeting Oprah, and more about trusting life. The entire experience solidified me belief that what is meant to be will be. I think it is only fitting to close with my favorite quote from Oprah:

Be thankful for what you have, you’ll end up having more. If you concentrate on what you don’t have, you will never, ever have enough.

I remain incredibly thankful. And Oprah, darling, if you happen to be reading this, thank you!  You are beautiful. Sending lots of love and light your way :)

And before signing off, I must say that my beautiful, magnificent, and wonderful grandmother, Mary, was a huge supporter of Oprah! She watched her show religiously, had all of her magazines…and being a Chicago-area resident for most of her life, always wanted to meet her. More than that, she always wanted me to meet Oprah. In fact, while I was an undergraduate at Northwestern, Oprah was teaching a leadership class at Kellogg on leadership in the year 2000. At that time, I was encouraged by my grandmother to see if I could perhaps enroll through the Honors Program I was a part of between McCormick/Kellogg. However, the class was overbooked in the first thirty seconds I think haha. Nevertheless, I feel that my grandmother was working her magic in Heaven and called in a few favors! ;) I love you, Grams! Always.

Photo source: My mobile phone :) Funny story…this was the first picture I took of the night (and one of the few). I thought my ringer was off, but my phone made the awful “click” noise during a quiet moment at the awards show.  Haha! Oops! Fortunately, my kind neighbor (who I later learned is a Reverend with the NAACP) had a more professional camera that made clicking noises throughout the show, so I was in good company. Whew! ;)

We are all uniquely talented and beautiful. Though I must say that the talent, beauty, and legacy in this photo is quite overwhelming. Just to Oprah’s left is Spike Lee and one of Malcolm X’s lovely daughters. Behind Oprah is, beautiful and talented, Carmen Ejogo. She played Coretta Scott King brilliantly in the movie Selma. The world is richer and more beautiful because of all of the people in this photo (and around the NAACP Image Awards) who have shared their gifts and paved the way for equality for all persons. We are One :)