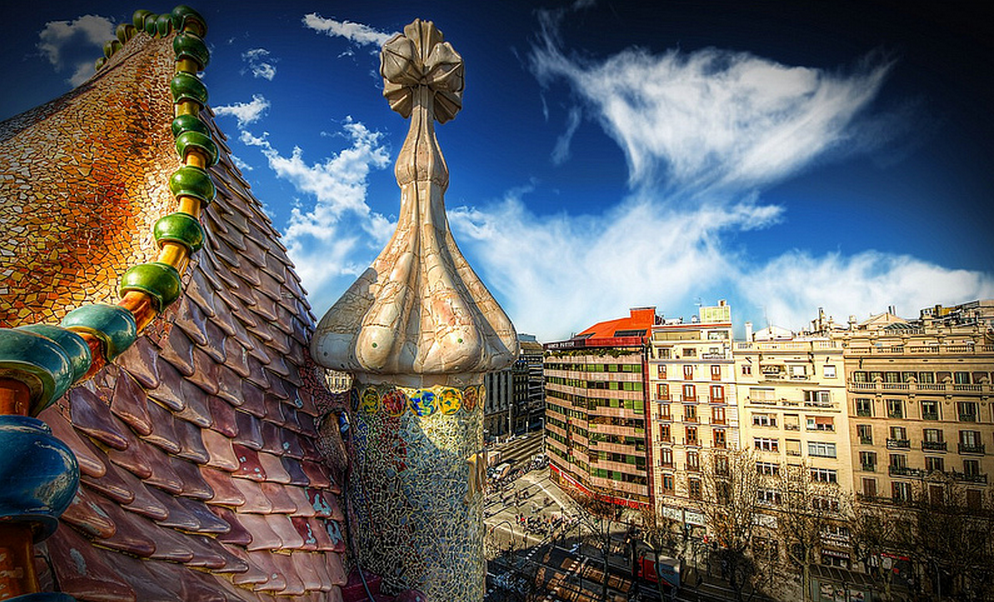 Antoni Gaudi [1852-1926] became Barcelona’s most famous architect. With designs that could only have been born from the most creative imagination, Gaudi’s works redefined the city of Barcelona…and have made it somewhat of a Mecca for art enthusiasts.

Though most known for his work on Sagrada Familia [“Church of the Holy Family” in Barcelona dedicated to Jesus Christ and his earthly parents, Joseph and Mary], the Casa Battlo [rooftop pictured above] captured my attention during a visit to Barcelona. The myriad of colorful tiles make it stand out from all of the surrounding buildings.

More than an architect, I believe Gaudi to be an artist…and perhaps a mad scientist! Loved and criticized, there is no denying that his work challenged the norm. Gaudi’s work is in a league of its own, and serves as a source of inspiration and awe.