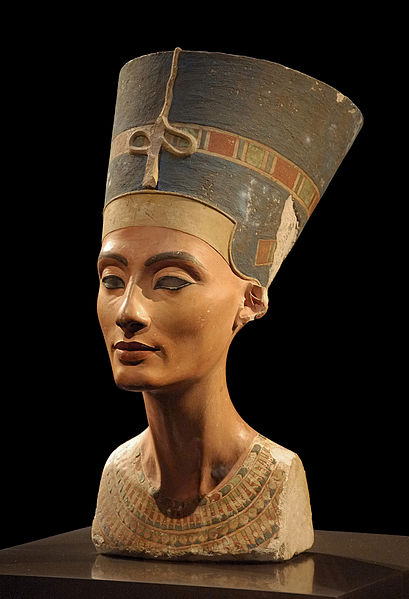 Despite Nefertiti’s great power, she disappeared from all depictions after twelve years. Some scholars believe she was elevated to the status of co-regent, equal in power to the pharaoh, and began to dress like a man. While others believe she became known as Pharaoh Smenkhkare, ruling Egypt after her husband’s death.

I like to think of her as Pharaoh Nefertiti. :)