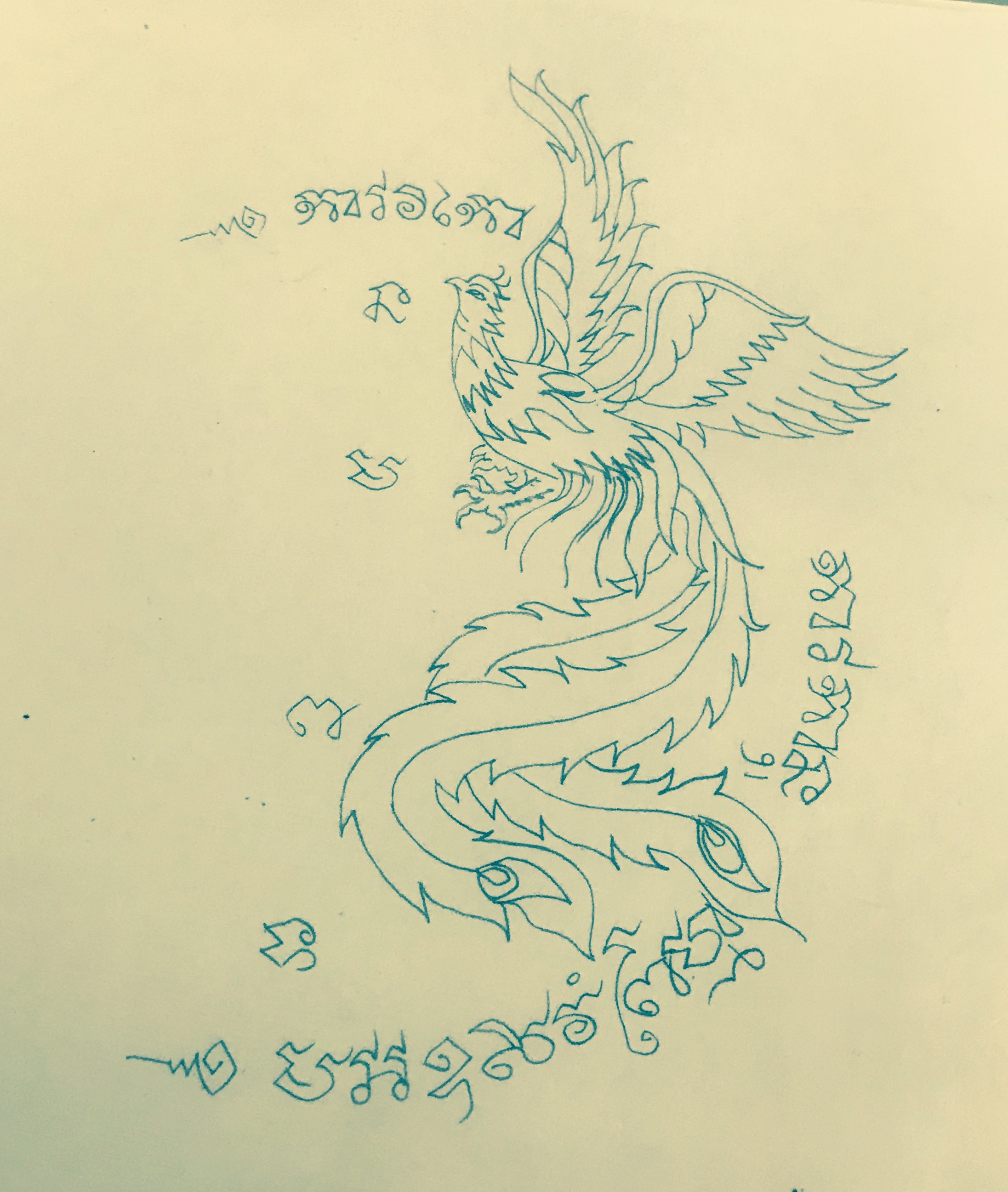 While I was in Samui (Thailand), a friend mentioned a former Buddhist monk that he’d visited with…and later received a Sak Yant (sakyan) tattoo (made by using a bamboo rod with a needle tip that is tapped into the skin, and later filled in with ink). My friend mentioned that he’d received insightful wisdom from the former monk, and though I was not interested in getting a tattoo, I decided that I wanted to meet him. So, the next day, I did!

Before meeting this monk, I thought of my other monk-friend…Dr Wu! For years, Dr Wu (a former Taoist monk) gave me wonderful acupuncture (ironically, needles) treatments in LA, and taught me Qi Gong and a little Tai Chi. We had deep conversations, and Dr Wu always provided me with insightful observations. I never took his word as law, but I had respect for his insights…and I have been inspired by some of the wisdom he has shared.

In short, my expectations for meeting the monk in Thailand were fairly high.

When I arrived at the monk’s house in Samui (on Oct 31st), a student of his (a woman) immediately began to ask me what I wished for (weird) and gave me a book with photographs of tattoos the monk had done before. I informed her that I was just there to talk, but she continued telling me about the magic of the tattoos and how it could change my life. It quickly began to feel like a sales pitch. Still, I listened patiently, and then she began asking me about my wishes again, as she wanted to tell her teacher (he was still in one of the back rooms). I told her I didn’t know and she peppered me with more questions, “Do you want good luck? Or more love? Or money?” I replied, “Obviously, none of those things would be bad, but I’m just here to talk.”

She nodded her head, seemingly resigned to the fact that I was going to be a tough case (not my intention!), and walked away to get her teacher. By this time, I’m feeling skeptical. But I still tried to maintain an open mind–maybe the student was not an accurate reflection of the teacher?

When the monk came in, it was easy to notice his kind smile, and he had a certain sparkle in his eyes. Maybe this would be good, after all. He asked me to write down my birthday (day and month), and then he took out a small book.

While he was reading, the woman asked me what I did for a living (“these days, a writer,” I said) and the monk nodded as he read. In English he said, “Many thoughts…many ideas. You can be very calm, but sometimes not,” he added with a mischievous grin. I just sat there, trying to simply nod at these general words. haha

I tried to maintain a neutral expression…I’m not sure if I succeeded. I felt like what I was hearing was so general that it could be applied to anyone. Then the woman spoke up and asked again, “What do you want?” I answered on impulse, “Freedom.”

She nodded and said, “Teacher said, you are like a bird.” (The monk had not said anything haha) But then, the monk began speaking again, “You are very strong…have a lot of fire.” Finally, I could agree with them on some things haha

He continued, “Life is good and bad.” (Losing me again haha) I nodded. The woman chimed in and said, “Yes, bad things in the world. Need protection. Sakyan good for you.” (I kind of checked out then)

In an attempt to remain engaged and be polite, I asked him what tattoo he would recommend for me. He grabbed his book and said, “Many people come to get a tiger…but no, no…you don’t need that! For you, this.” He pointed to the picture of the phoenix (pictured above), and that finally gave me something to think about–I have always felt connected to the mythological character of the phoenix.

I asked to take a picture of the image, and he nodded. I told him I’d think about the tattoo, but we both knew I’d already reached a decision haha The woman started talking again, though, and explained how the tattoo came with a meditation and ceremony and would likely take four hours to complete. She prattled on about the prayers the monk would infuse into each tap, and the way the tattoo would protect me from everything. I kid you not, as she continued talking, the monk lit a cigarette and began smoking…right then and there! I wanted to laugh! But instead, I thanked them and started making my way to the door haha

I left shortly after. (And no, I did not go back for the tattoo.)

First, I think it’s important to say that my visit was meant to be the way it was for me. This re-telling of my experience was not meant to discredit the sacred art of sakyan, or the monk I visited. I’ve talked to people who found their visit with this monk, and their tattoos from this monk, to be transformational…and I believe them!

While I was not inspired to get a tattoo, I found that the visit gave me some things to think about, especially relating to birds. (Ironically, when I left the monk, the first thing I saw was a group of roosters walking around–pictured below.)

When I think of birds, these are simply facts: When Dr Wu read my chi, he told me that my original spirit was a bird…a stork. My constant travel could easily be compared to a bird. And I’m allergic to cats (it’s true! haha). I’ve always loved the phoenix.

The phoenix is the mythological symbol of rebirth. As legend goes, the phoenix dies, typically by fire, and is reborn in its own ashes. It represents the idea that the end is only a beginning (something I firmly believe). The magical phoenix has its origins in both Greek and Egyptian mythology…and it is typically depicted in red/orange/purple colors because of its connection to the sun and fire, and royalty.

All of this resonates with me.

Even now, the tips of my hair have become reddish in color–from the sun–and I think that it looks as if it has been licked by flames. I feel a transformation happening, and I know that I am on the cusp of another rebirth. As with the phoenix, it is both magical and a bit terrifying haha But it’s a feeling I’ve felt before, and I know that it will be good.

I did not feel the urge to get prayers tapped into my skin by a bamboo-rod needle, but I do feel prayers laced into the fabric of my being. I read once that your grandmother’s prayers are still protecting you and I feel that to be true in my spirit. I am thankful for this divine protection…I am thankful for the experiences that would not have been available to my ancestors (historically, these monks were not permitted to meet with women; and our technology has made the world small, as travel has become easier)…and I rest in the moment of now, imagining higher states of beauty. And transcendence. 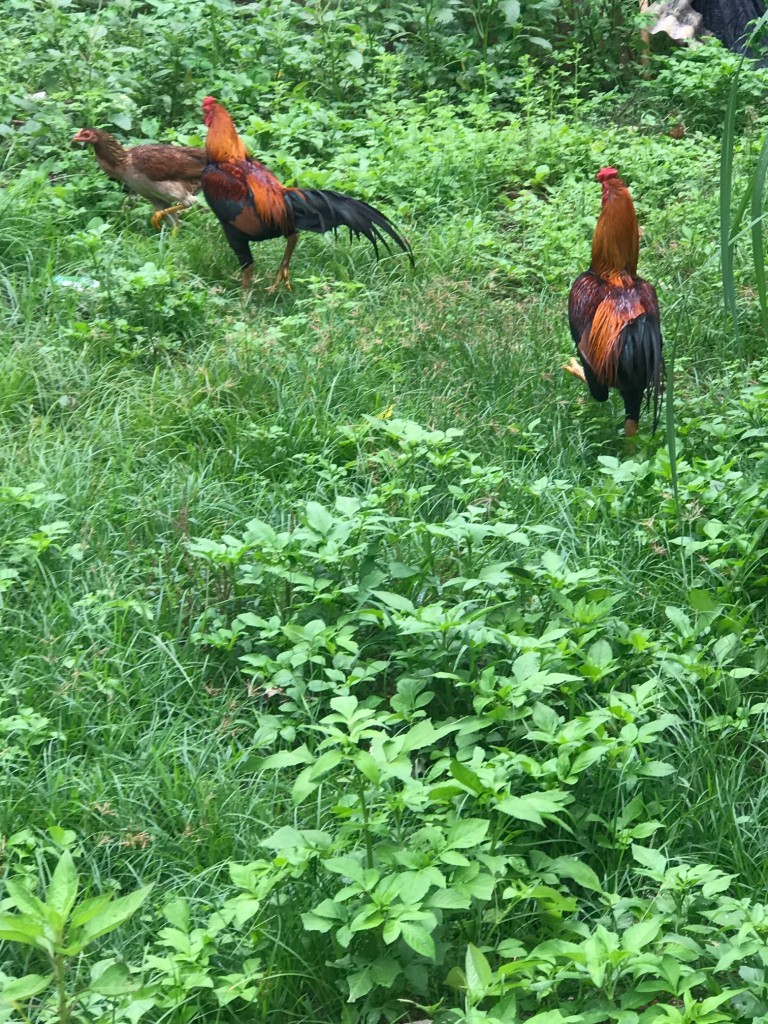