Recently, a kind reader of this website came across a quote that I posted in 2014. That quote, “Stand still. The trees ahead and the bush beside you are not lost,” was misattributed to Albert Einstein (the internet is not always a reliable place to source quotes!), so I thank Sara Wright for calling that to my attention and informing me that it was actually a quote from a poem called “Lost” by David Wagoner. After looking up the poem, and verifying the sourcing, I quickly made the change and thanked Sara for bringing it to my attention :)

I am thankful to Sara for not only providing this kind correction, but also for introducing me to David Wagoner’s magnificent poem! I love it! I’ll share it below, but I’d also like to preface it with a little history of the origin of the poem. Apparently, David based “Lost” on the teachings that Native Americans, in the Pacific Northwest, gave their children if they ever became lost in the forest. Here is the poem from David Wagoner’s book, “Traveling Light: Collected and New Poems” published in 1999:

Stand still.  The trees ahead and bushes beside you
Are not lost.  Wherever you are is called Here,
And you must treat it as a powerful stranger,
Must ask permission to know it and be known.
The forest breathes.  Listen.  It answers,
I have made this place around you,
If you leave it you may come back again, saying Here.
No two trees are the same to Raven,
No two branches are the same to Wren.
If what a tree or a bush does is lost on you,
You are surely lost.  Stand still.  The forest knows
Where you are.  You must let it find you.

I woke up this morning thinking about the beauty of this poem, and how the original quote I saw inspired a question in my first book, Meditative Questions, during my time in Bali. (The question I was inspired to write from that quote is below and as follows: “Is the tree rooted beside you lost?”) 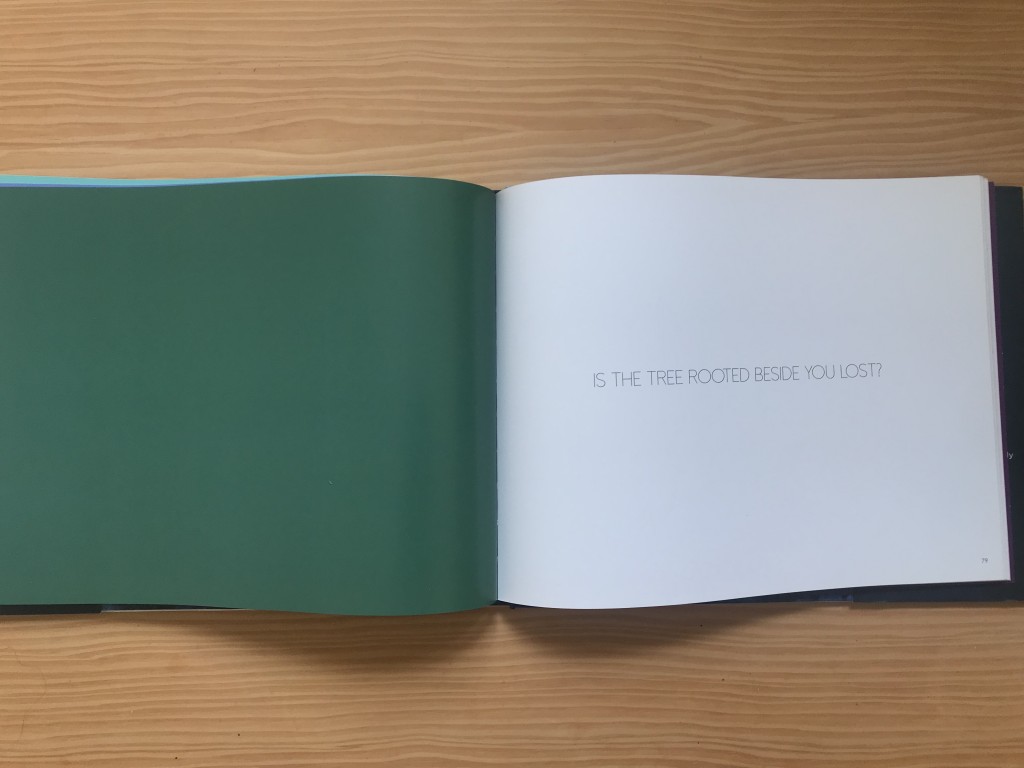 Now that I know the poem, the message is in even deeper harmony with the spirit of my question than I had originally realized! Amazing! So, I was inspired to make the recording included in the header of this post just after waking up haha! As with all impromptu recordings, it is not perfect…but I hope that my sense of wonderment and awe comes through anyway ;)

A  note about the image from the recording: Though I could not find a picture of the tree that I remember seeing (in Bali back in 2015!), I did find this picture from my veranda at that villa, and I think it captures the essence very well. The beautiful orange flowers were carefully placed all around the room everyday in a way that was clearly spiritually inspired. Bali is a magical place, and it continues to be one of my favorite places in the world.