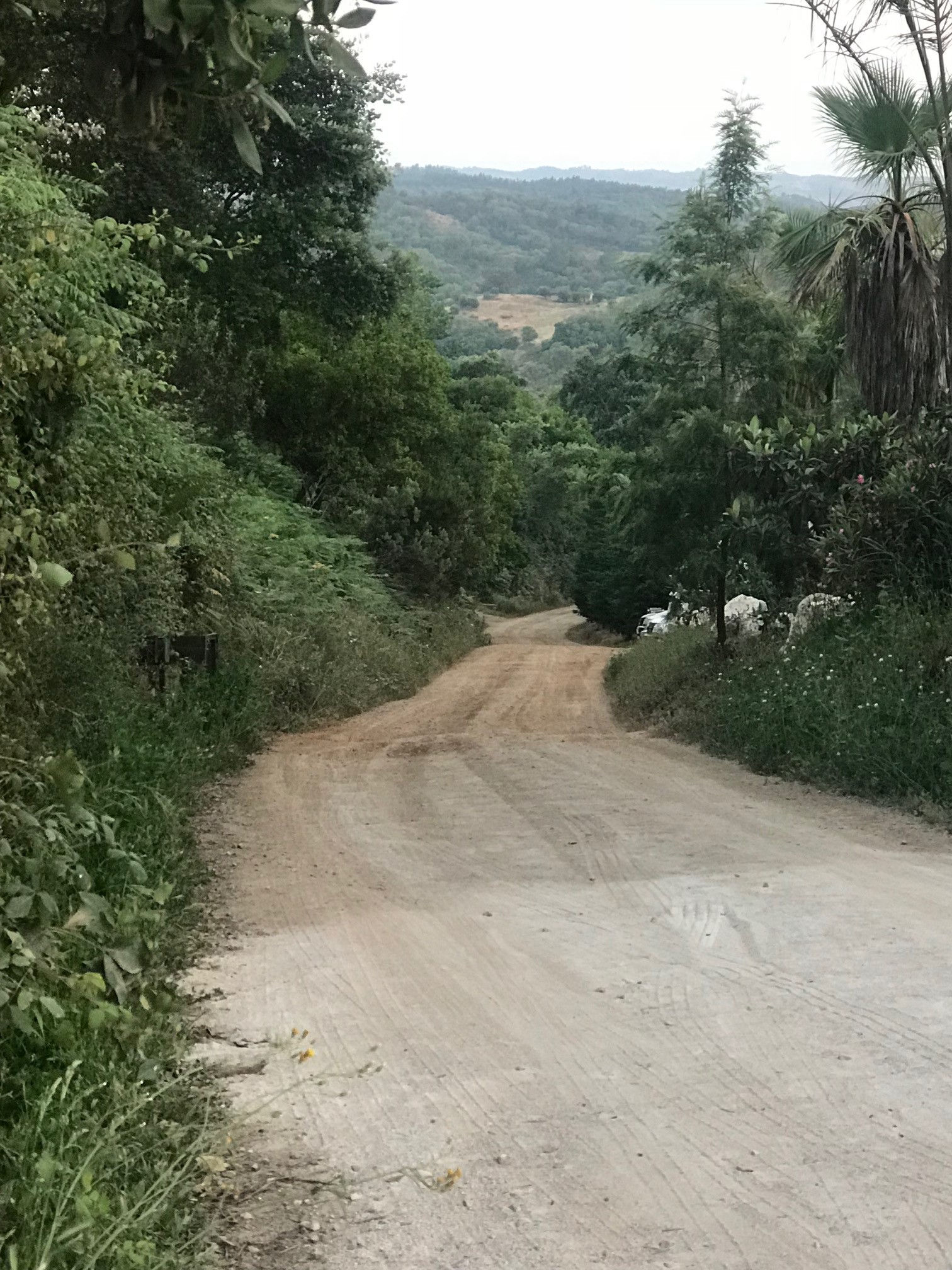 After spending almost a month back on my island, I traveled to Portugal (mid-June) to attend an advanced spiritual retreat with Zen Master Mooji.

I met Mooji for the first time in 2017 and was transformed by his teachings. His direct and accessible style, his sense of humor, his pointings and his PRESENCE were life altering. When the opportunity to attend this retreat came up, I hesitated at first but then decided to join the lottery. My hesitation was partially based on the “silent” aspect of the retreat. After spending almost eight months in a near-monastery state on my island, I was actually looking forward to human interaction haha!

However, once I was informed that I was selected in the lottery, I decided I must go. And so I went to his ashram (called Monte Sahaja) in the Alentejo region of Portugal (pictured).

The area was incredibly beautiful and the ashram is awesomely peaceful. The energy there is great and it is a special place in the world to get away from everything, including yourself ;)

I went to the retreat with a specific question…I wanted to know what place in the world I should go to next. What awesome freedom to even be able to ask this question! While I have enjoyed so much peace and freedom from being in Santo Antao, I always had an idea that I was not meant to stay there on a full time basis forever (especially considering my frequent travels). However, during the time that I was working on my second and third books, I couldn’t have been in a more perfect place!

But still, with that question in mind, I went to Monte Sahaja. After landing in Lisbon and staying in that area for a few days, I traveled by train to Alentejo. Even from the train, I could feel the temperatures climbing. Added to that, it was a very sunny day. But I was so excited to visit Mooji and attend the retreat that I did not focus on this. However, my subconscious did register some alarm.

After arriving at the retreat, I was taken to my luxury accommodations (a single person hut with a bed, shelf, window, and small trash can haha) and settled in. It was in the afternoon and almost 100 degrees outside and a headache started to build. Unfortunately there was no air conditioning…or even a fan…in the hut.

The first day included a welcome session to familiarize all in attendance (from all over the world!) with the area and scheduling. And then Mooji came to welcome us, which was lovely. His smile and warm presence was transformative as ever, but still I realized my clothes were sticking to my body as we all left haha 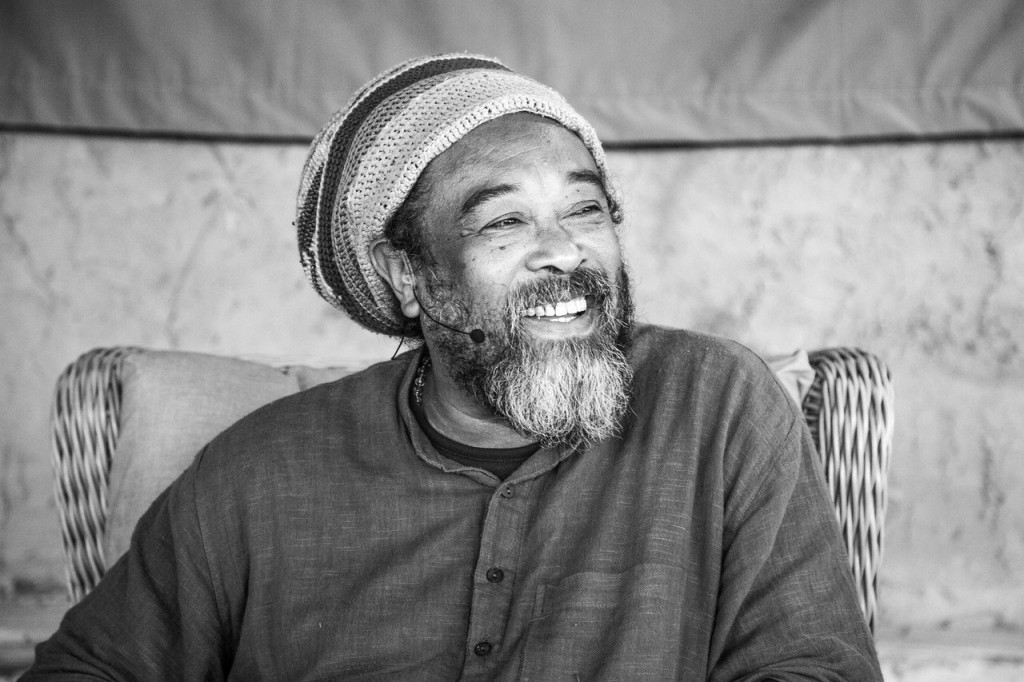 On the first day, the day-time temperatures climbed to over 100 degrees! I began feeling intense headaches and went to see the doctor on duty at the ashram. My vitals were good, but he recommended that I start taking ibuprofen three times a day to ease the painful symptoms. I don’t love taking medicine, but I followed his advice.

By the second day, I had the headaches plus the inside of my mouth felt inflamed and it hurt to eat food (a healer later told me that it was probably the heavy grain-based diet on the ashram that caused inflammation…I don’t normally eat grains). I went back to the doctor and asked if he had hydrogen peroxide for me to gargle lol. I was desperate and that seemed like a good idea. The doctor was kind and just recommended I wait it out. However, an hour later, I think he saw me struggling to eat in the dining area and he kindly brought me a bottle of hydrogen peroxide haha! It was a silent retreat, so I mouthed “thank you!“ to him haha I gargled, but it didn’t help much.

The night of the second day was hot and there was zero breeze in my hut. I felt myself going a little mad and sneaked a late night phone call to my sister (I know, I know haha). Wise, Iris advised that I leave haha Stubborn, I insisted on staying another day. I didn’t want to run away but I was feeling pretty awful. Iris’ point was that I might not be able to fully participate due to my discomfort, and she was right. After the third day, I realized it was time to go, and so I did.

Fortunately, I have dear friends in Portugal and I was able to rest and recover at their lovely home. The weather was thirty degrees cooler and I had access to great food and an awesome gym. The road to recovery was smooth at first, but then symptoms started to return and I decided to see a doctor. After many tests (and expense), they (fortunately!) did not find that anything was wrong. And, honestly, all I could think about at that time was getting back to America. I wanted to be in a familiar place with a culture, language, and medical system that I understood. And that was when I realized that my question was answered…I felt a pull to move back to America to live on a full-time basis again.

The experience reminded me that the answers to the questions we seek will often come to us in unexpected ways. Instead of worrying ourselves through problems, it is better to understand the guidance that the experiences are giving us. Though I did not have the opportunity to attend all of Mooji’s sessions, and though I fell ill, I am thankful for the experience. It gave me what I needed.

Photo: The view of the mountainside, just leaving Monte Sahaja in a taxi. Just before this photo was taken, I had a lovely conversation with a sweet woman and six year resident of the ashram named Amala. She came to speak with me about my early departure and make sure that everything was okay. Talking to her was one of the highlights of the visit…and I also realized that I wouldn’t have had that opportunity if I’d stayed at the silent retreat. That experience, too, was a gift.