Before leaving for my month long trip to Thailand for Muay Thai training, I was inspired to do so by one picture (below). For you see, I was having a really bad day…followed by a sleepless night…and I knew I had to do some things differently. The discomfort was because I needed to let go, and that can be hard because sometimes we fight to hold on to what is familiar. I had to break the pattern of my life. I had to give myself new life. 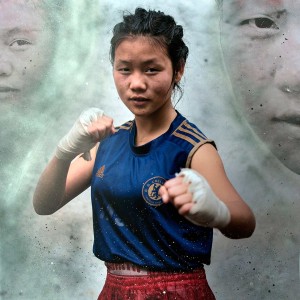 When I saw this picture, I saw someone fighting through their circumstances…literally and figuratively. Though I’d trained a bit in Muay Thai while living in LA, it had been a while. I didn’t care though. I had a new mission and decided I’d go to Koh Samui…the island I didn’t have time to visit when I was in Thailand in 2010. Before giving it much thought, I was reserving a space at the Lamai Muay Thai Camp. A week later I was there!

Traveling to Thailand from Cape Verde is a much longer trip than from LA. I literally had to cross all of Africa and all of Europe. It took a couple of days to get there. Unfortunately I caved and ate some plane food on the long trip from Paris to Singapore and ended up sick for a couple of days when I got there. (I wish airlines would just sell snacks instead of the preservative filled meals.)

While at the Lamai Camp, I had an awesome trainer I worked with 1:1 (thanks Joe!). I was also fortunate enough to meet some really amazing people along the way. Most of us seemed to be in transition, and I think the camp represented a turning point for us. We were all getting closer to figuring out our next moves. But the beautiful part of the camp is that it made us all very present. Our daily lives were centered around the training.

Another incredible thing happened while I was away a camp…three of my closest friends had their children! I became Auntie three times over to Siham, Paheli, and Makoa! I was fortunate to see the mothers (and fathers) of these now beautiful children in June when they were all pregnant. How amazing that this new life should all arrive at this time.

As I write this by the side of the ocean in Cape Verde, I marvel at how quickly life can change. Though I was only away one month, I returned feeling like a new person in a familiar place. Everything was the same and nothing was the same. 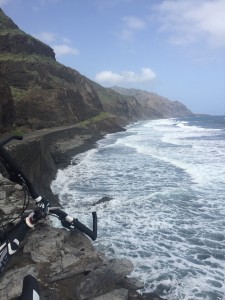 Shaking up your life requires leaps of faith. You will have no idea how things are going to turn out, but you have to go for it. Whether inspiration hits you from a photo or a film, you have to go with it. Don’t think too much about it…just do it.  Your life will be richer for having done so ;)