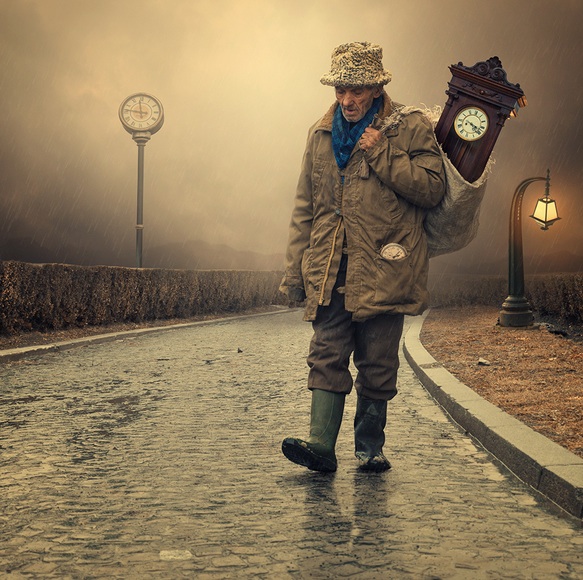 Mulla came upon a frowning man walking along the road to town. “What’s wrong?” he asked. The man held up a tattered bag and moaned, “All that I own in this wide world barely fills this miserable, wretched sack.”

“Too bad,” said Mulla, and with that, he snatched the bag from the man’s hands and ran down the road with it.

Having lost everything, the man burst into tears and, more miserable than before, continued walking. Meanwhile, Mulla quickly ran around the bend and placed the man’s sack in the middle of the road where he would have to come upon it.

When the man saw his bag sitting in the road before him, he laughed with joy, and shouted, “My sack! I thought I’d lost you!”

Watching through the bushes, Mulla chuckled. “Well, that’s one way to make someone happy!”

Photo source: in the bag