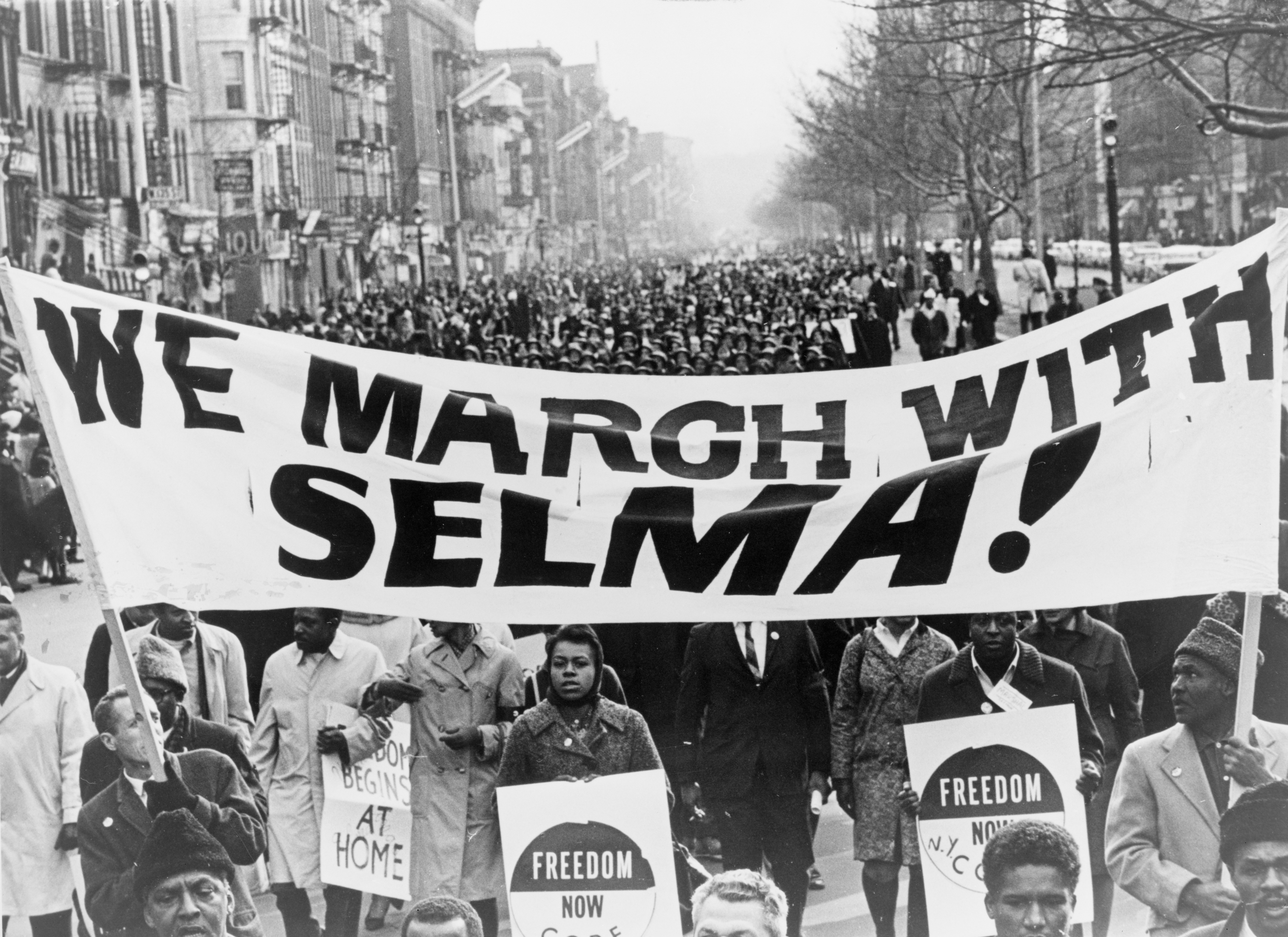 The march on Selma was a turning point in American history for equal voting rights in the 1960s. I have been a fan of Ava DuVernay’s since I first saw her masterful short film, The Door, which I posted on the site almost two years ago! (You can see it by clicking here.) Ava directed the recent film, Selma, and supporting her was the main reason I chose to see the film (I typically am not a fan of watching people beaten out of prejudice).

The movie was well done and portrayed the devastation of racial prejudice, and it served as a reminder that, quite unfortunately, things have not changed very much (racism and police brutality still plague our nation and world).

Outside of those points, however, I was struck by the fact that violent acts were essential to the success of the non-violent movement. The battle was won only when others actually saw the brutality on television. The marches were intended to create a drama to show the most extreme reality of what black Americans lived through on a daily basis. Indeed, the press was not interested when there was no violence. The people were not interested if there was no violence. How wonderful would it have been if simply the knowledge that others were being treated negatively simply because of their difference was enough to inspire change…without the need for violence?

I believe that the problem of prejudice is the false belief that we are separate.

“All distinctions are falsely imagined.” – Hui-neng

When we believe that others are different (or separate) from us because of skin color, gender, sexuality, or belief, we miss the point. Oneness is clear to me because we all come from the same Source. What we look like, who we choose to love, and what we believe do not really matter.

Until we all recognize that we are the same, we will continue to have prejudice in the world. To love your neighbor as yourself is cited in the Bible by Jesus as the second greatest Commandment…with only the love of God fairing higher:

Mark 12:28 One of the teachers of the law came and heard them debating. Noticing that Jesus had given them a good answer, he asked him, “Of all the commandments, which is the most important?”

32“Well said, teacher,” the man replied. “You are right in saying that God is one and there is no other but him. 33To love him with all your heart, with all your understanding and with all your strength, and to love your neighbor as yourself is more important than all burnt offerings and sacrifices.”

34When Jesus saw that he had answered wisely, he said to him, “You are not far from the kingdom of God.” And from then on no one dared ask him any more questions.

Understanding and having a deep love and respect for our Creator anchors and humbles us. With that wisdom, we can easily understand that all that has been created has come from that Source. Therefore, loving others as ourselves flows naturally from this understanding.

The image I used for this post struck me because of the small sign in the front which says, “Freedom begins at home.”  (And the other that states, “Freedom NOW.”) Personal freedom is an inside job. Freeing yourself of illusions of division will change your world. The beauty is that you can make that change right now ;)