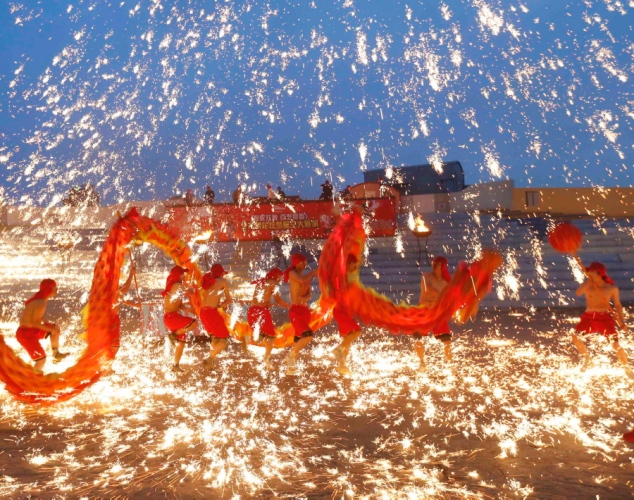 There once lived a great warrior. Though quite old, he still was able to defeat any challenger. His reputation extended far and wide throughout the land and many students gathered to study under him.

One day an infamous young warrior arrived at the village. He was determined to be the first man to defeat the great master. Along with his strength, he had an uncanny ability to spot and exploit any weakness in an opponent. He would wait for his opponent to make the first move, thus revealing a weakness, and then would strike with merciless force and lightning speed. No one had ever lasted with him in a match beyond the first move.

Much against the advice of his concerned students, the old master gladly accepted the young warrior’s challenge. As the two squared off for battle, the young warrior began to hurl insults at the old master. He threw dirt and spit in his face. For hours he verbally assaulted him with every curse and insult known to mankind. But the old warrior merely stood there motionless and calm. Finally, the young warrior exhausted himself. Knowing he was defeated, he left feeling shamed.

Somewhat disappointed that he did not fight the insolent youth, the students gathered around the old master and questioned him. “How could you endure such an indignity? How did you drive him away?”

“If someone comes to give you a gift and you do not receive it,” the master replied, “to whom does the gift belong?”

2013 is the Chinese Year of the Snake. While this year can bring great fortune [the snake’s skin symbolizes money], it can be a year of conflicts. Snakes are known for their sharp and wickedly fast attacks. Arguments, anger and conflicts in relationships are often heightened in the year of the snake. In the White Cloud Monastery in China, the monks try to talk as little as possible during this year. (Knowledge from Taoist Master Dr. Wu.)

Especially this year, beware of attacks from others. The ability to keep your cool when you are being verbally attacked is true strength. View those who bring you the gift of insults as practice in helping you cultivate peace in any situation. Words cannot hurt you unless you give them the power to do so.