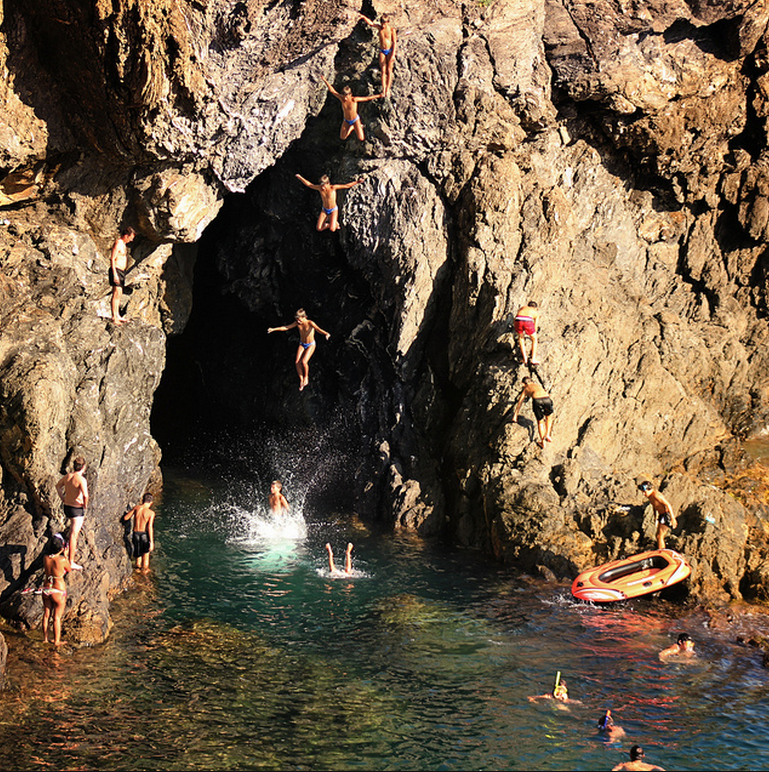 In my travels, I came upon a village that had a new temple built over a big well, but no one could draw water from it without paying a price.

I asked about this, and this story was told:

One hundred years ago, there was a group of boys that would go to the well to swim, that is, all but one would dive from the top, for one was crippled and could only watch. With all his heart, he would wish he was like his friends, that his one arm and leg had not been limp since he was born.

One day, when it was especially hot, and he was watching his friends cut up and laugh at the bottom of the well, they all turned to him and stared in awe as if seeing something miraculous.

The crippled boy turned around and Krishna was standing there smiling wonderfully, and said,

Krishna never came up from the bottom of the well, it is said, and when the child who had been on the back of Krishna came up, he was no longer crippled and remained healed for the rest of his life.

The fame of the well spread and many legends and rumors naturally evolved and began to circulate. But the water remained free, and hundreds would travel to drink it and camp there at night and tell the different stories they had heard; the point being, they would be thinking of the Lord and participating in the stories, in a way that helped them most.

If one unveiled word from God touched this earth it would ignite like a rag soaked in oil. All we can bear of the Truth is hearsay and rumors. In this starving world what feeds — let feed! Best that many dishes are set before us and as we become less caged we will pick wisely like the golden falcon over fertile plains, like the mountain deer in spring lush valleys.

A scholar, a lawyer, and a priest arrived one day and pissed in the water, so to speak.

What the priest and the scholar wanted the people to believe got printed in books, which they also sold along with the water, and of course the lawyer made their insanity legal.

The water I tasted was sour. I think Krishna left.

In this sorrowful world why tamper with anything that lifts our spirits.

Poetry by Mira [Mirabai, 1498-1550], the brilliant and renowned woman poet-saint of India, born a princess…truly a Goddess.