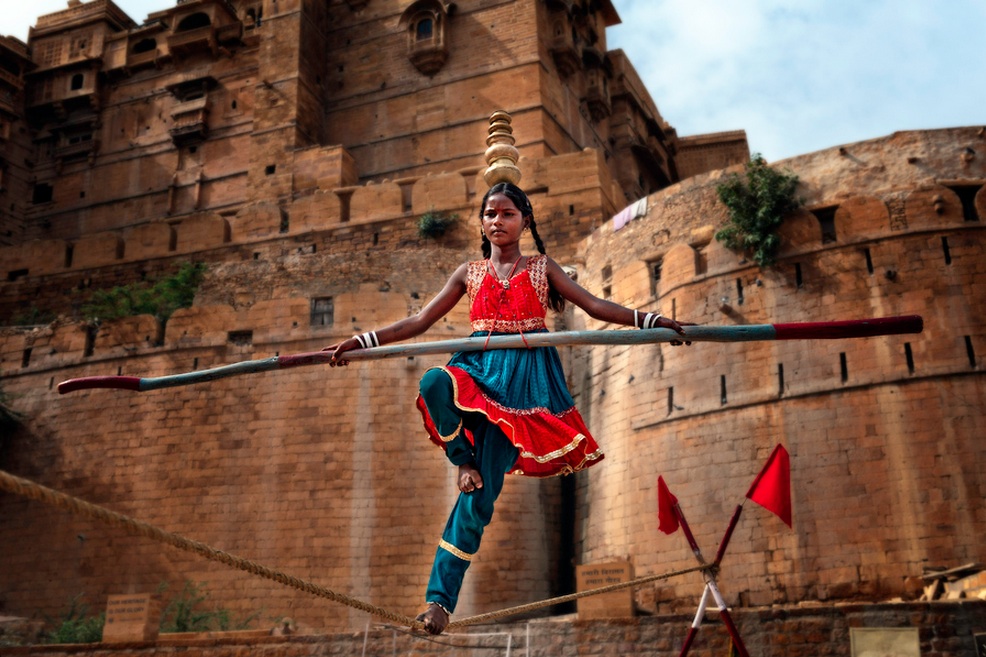 A young Japanese archer took great pride in the excellence of his marksmanship with a bow and arrow. Having read a lot of Zen stories and receiving some basic training on mindfulness, he soon came to the conclusion that he was a true master of archery. So he decided to travel to a remote mountain monastery in order to challenge an old Zen master, who was reputed to have once possessed great skill with a bow and arrow.

After having arrived at this monastery, he eventually managed to persuade the old Zen master to compete against him. The old man was reluctant to accept this challenge, as he had not touched his bow in many years. He first had to dust and wax his bow before testing its pliancy, then gently brush the cobwebs away from his quiver and arrows.

The young archer set up a straw target at eighty paces. He drew back the string of his lethal-looking bow, and released an arrow that sped straight into the central eye of the target. Then, notching and shooting a second arrow, he managed to split the shaft of his first arrow along its entire length. With great pride in his prowess he turned to the old man and said, “Now let me see what you can do.”

Instead of notching an arrow the old master beckoned the youth to follow him. Leading the way up a steep and narrow path they eventually arrived at the top of a narrow gorge with sheer walls. A long and springy pine trunk bridged the top of this chasm, while far below two hundred feet of vertical cliff faces enclosed the turbulent roar of a mountain river, with sharp rocks protruding above the chaos of its thundering white waters. The old man stepped lightly onto the narrow pine trunk and walked briskly to its middle. He calmly strung his bow, drew an arrow from the quiver behind his shoulder, notched it, and then let it fly straight into the trunk of a tall and distant pine tree.

The young archer felt his heart rise to his throat when he saw how the pine trunk on which the old man stood was bouncing from the momentum of his bowshot. He could hardly even bear to look as he felt the paralyzing spasms of vertigo seizing control of his body. His stomach churned, his ears rang from dizziness, and the dark shadow of oblivion was threatening to eclipse his consciousness. The old man stepped lightly back from the narrow pine bridge and said, “Now let’s see what you can do. Can you split my arrow from the middle of the pine bridge, or shall I do it for you?”

By now the young archer was on the verge of feinting, with a complete lack of control over every nerve and muscle in his body. He could not take one step towards that pine bridge, which was still quivering ominously. With trembling hands he grasped the old man’s shoulders and pulled him back from the edge of the precipice. Then he fell limply to the ground, his trembling body hunched in foetus posture, his heart and soul drained of all the strength, courage, pride and certainty that he always believed were his.

When the young archer had regained a bit more control and composure, the old man said to him: “You certainly have great skill with the bow and arrow. But you seem to have very little skill with the mind that controls these weapons. This is a dangerous predicament for an archer, especially when he has to face the reality of war, where violence can arise upon any kind of terrain and under any conditions. Pride, anger and fear are the inner enemies of every warrior. I have trained many young archers, and those who were afflicted with pride always tended to end up making me their target. When their arrow hit the mark they would always praise their own skill, but when the arrow went amiss they always blamed the straightness of the arrow.”

The young man remained at the monastery for the rest of his days, though he no longer thought of himself as an archer or a master. In the course of time the old Zen master died and the younger man became his successor. Two unstrung bows and quivers of arrows still stand against the back wall of the monastery’s storeroom, where the dust and cobwebs of many years have settled thickly upon them.