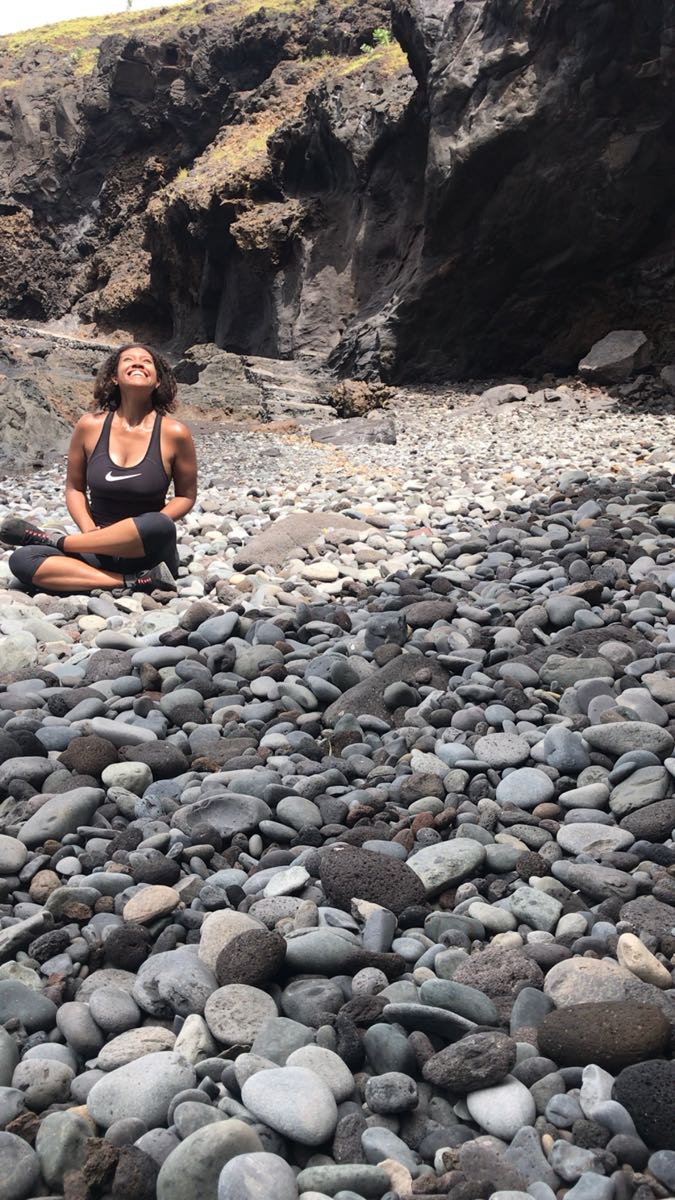 Today, I had a moment of linguistic misunderstanding at a convenience store checkout that spawned a podcast episode (listen to “Talk 45” here) and now this post haha

First I’ll say that living in a country that speaks a language other than your first/primary language is a difficult thing. Even as I’ve learned the native Cape Verdean Portuguese based-Creole, I find that my brain sometimes doesn’t switch as quickly as I might like. It’s hard to explain, but when I’m speaking Creole, if I can’t think of the word I want, my brain kind of blanks…then I search for the nearest available word I know that comes close. If none of that works, I then switch my brain back to English and re-think what I’m trying to say. I may speak the English words out loud, and then substitute another Creole word that comes to mind if they still don’t understand.

What all of that means is that it’s complicated. I’m thankful to get by successfully on most things, but sometimes I have brain blanks. Today was one of those days haha Here’s the story:

After purchasing pistachios and fruit juice, the cashier told me the total, but I only really heard the dollar part ($4.—). She spoke quietly, the store was loud, and I didn’t want to ask her to repeat herself. (Also I’d just hiked 4 miles and had 3 more to go, so I wanted to keep moving! Haha) To simplify things, I just rounded up and gave her $5 to cover any remaining change.

But she had already moved on to the other customer in line and indicated she would have to finish checking him out before she could ring me out for a mint. Then I got confused…normally a mint is handed out without anything being done with the register. So then I looked at the receipt for the first time and next to the Portuguese word for change was $4.56. I asked her how that was meant to be my change when I only gave $5 haha My brain was muddled.

I became a little embarrassed and smiled shyly under my mask, something she would not have been able to see. Anyway, she’d moved onto a new customer so I think I said, “Ah ok,” with a simple nod of my head. She gave me a nod back but before I could say more, I was basically pushed toward the door of the little shop by a customer trying to leave. So I left.

But as I walked away, I realized I had not said thank you, or apologized for my misunderstanding. I thought several times about turning around, but as I got back into my stride, it seemed like it would be much ado about nothing. Still, the situation kept replaying as I walked, and I thought of all of the things I could have done differently.

Even though this situation was no big deal (we’re talking about $0.05!), I thought about how I actually had $0.05 in my wallet and could have given that to her when I realized I owed more. Silly stuff.

Finally, I caught myself and realized I was working myself down a rabbit hole of my own making—even while walking next to the beautiful ocean!

I took a deep breath, focused my attention on simply looking at my thoughts…then I watched as they faded away (this always amazes me!), turned up my music in my headphones, and smiled at the ocean. Instantly clear of that madness, I resolved that I’d stop in the shop on my way home, talk with her to thank her, and then properly settle my account. I put it out of my mind and enjoyed the rest of my hike.

Though my podcast today touches on this, I think it’s worth saying that this is something that happens to us all sometimes. We can get caught in a meaningless cycle of negative thinking about something that doesn’t even matter, or something that is out of our control! This kind of thing can throw off our whole day and change our mood.

If this happens to you, I encourage you to watch your thoughts, shift your focus, and move into ‘gratitude mode’ (look around or within and notice what you have to be thankful for!) to disrupt that cycle!

I enjoyed my time at the beach I hiked to, but that is not where the story ends! Haha

True to my decision, I went back to the store before going home (planning to talk with the cashier and give her the $0.05)…but, of course, she wasn’t there! Haha There was a different cashier and I knew immediately that trying to explain all of that would be counterproductive, so I really and truly let it go. Instead, I noticed they’d gotten a shipment of fruit since my earlier visit, so I decided to buy kiwi, grapes, tangerines, and my favorites—green apples!

While picking out fruit (note: usually the employees at this store do this because the fruit is accessed behind the counter, but I’m a frequent customer so the employees kindly allow me to pick my own fruit), another customer started asking me questions about the grapes. I handed him a bag to look at and politely told him I didn’t work there haha Then, I directed him to the cashier who answered his question about price.

He decided to buy the grapes I’d handed him and, get this, the cashier asked I’m him if he had $0.05 as she did not, and couldn’t make proper change for him. I quickly said, “I do!” and reached into my wallet to fish out the nickel I knew was there haha

I happily donated this $0.05, feeling like I’d achieved some balance on the karmic scales haha The kind stranger I gave the money to got his change and tried to give me $0.10 to make up for my nickel, but I politely and repeatedly declined, not wanting to mess up the scales again haha! But there’s more to the story…

It seems clear that I was meant to keep that $0.05, so maybe I’ll have to frame it or something haha Indeed, this nickel somehow inspired three good deeds—3 separate acts of paying it forward by the cashier, me, and the other customer as he kindly attempted to overpay me back haha. It inspired a lot of reflection by me and the reminder that things rarely go according to plan and we must not let our minds take us away in those instances!

When we go with the flow of life, we let comes to come…and we let what goes to simply go (things comes, let them come…things go, let them go). In our resistance to what is, we can create a lot of unnecessary stress for ourselves.

I’m thankful for these reminders and the kindness of those attached to the chain of events today tied to the magical 5 cents! :)

Photo: Me on the beach just after taping the podcast today. Laughing at the madness, looking up with gratitude. :)