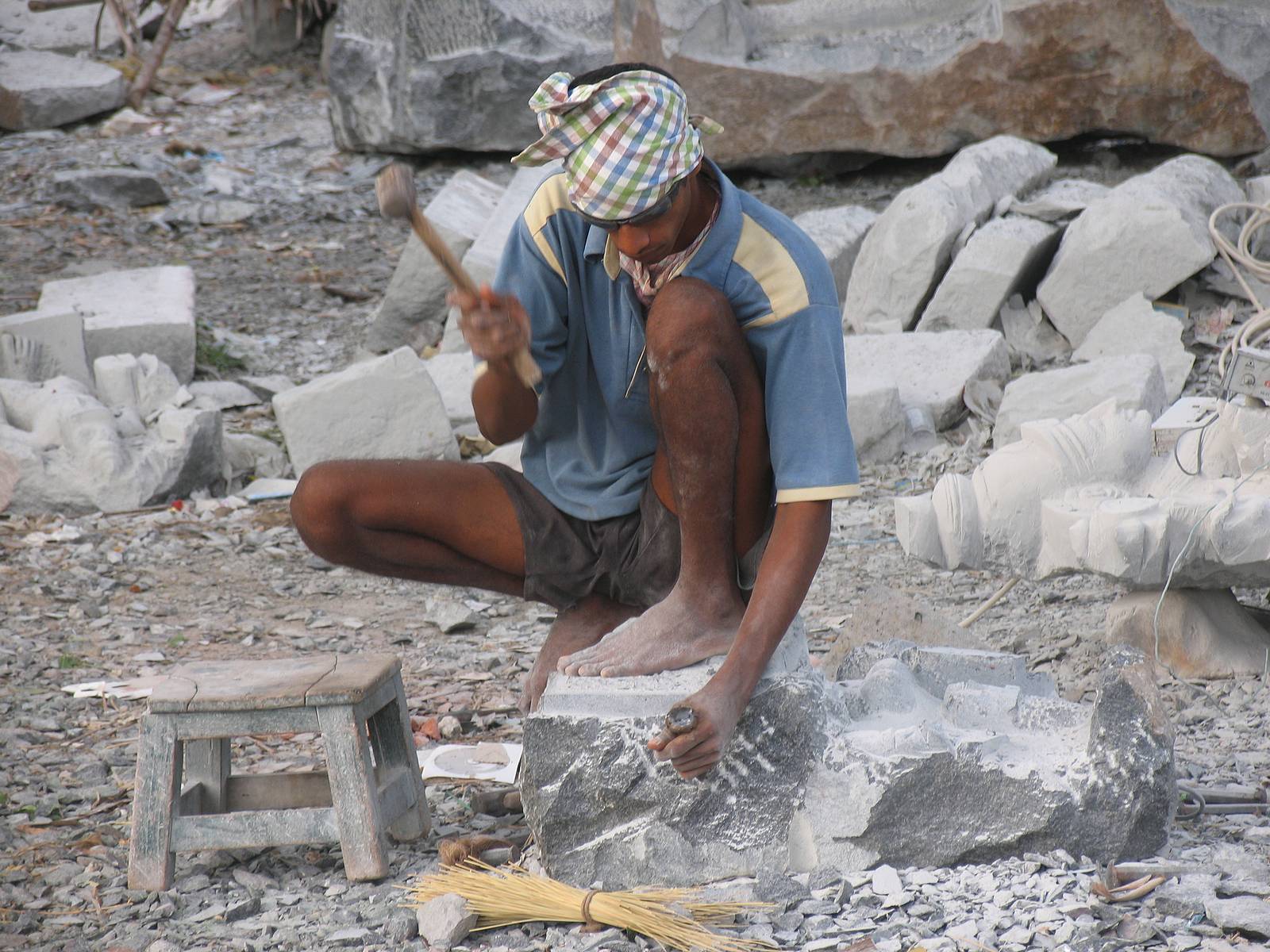 “When nothing seems to help, I go look at a stonecutter hammering away at his rock perhaps a hundred times without as much as a crack showing in it. Yet at the hundred and first blow it will split in two, and I know it was not that blow that did it, but all that had gone before.” – Jacob Riis

A great friend of mine shared this excellent quote with me today (Thanks, S!) and while it speaks to the power of perseverance…it would probably not surprise this particular friend to know that it reminds of this great story also haha! (I suppose this is the by-product when one loves to read stories and parables…hopefully these shared stories are a source of inspiration for you as well!)  The story goes like this:

There was once a stone cutter who was dissatisfied with himself and with his position in life.

One day he passed a wealthy merchant’s house. Through the open gateway, he saw many fine possessions and important visitors. “How powerful that merchant must be!” thought the stone cutter. He became very envious and wished that he could be like the merchant.

To his great surprise, he suddenly became the merchant, enjoying more luxuries and power than he had ever imagined, but envied and detested by those less wealthy than himself. Soon a high official passed by, carried in a sedan chair, accompanied by attendants and escorted by soldiers beating gongs. Everyone, no matter how wealthy, had to bow low before the procession. “How powerful that official is!” he thought. “I wish that I could be a high official!”

Then he became the high official, carried everywhere in his embroidered sedan chair, feared and hated by the people all around. It was a hot summer day, so the official felt very uncomfortable in the sticky sedan chair. He looked up at the sun. It shone proudly in the sky, unaffected by his presence. “How powerful the sun is!” he thought. “I wish that I could be the sun!”

Then he became the sun, shining fiercely down on everyone, scorching the fields, cursed by the farmers and laborers. But a huge black cloud moved between him and the earth, so that his light could no longer shine on everything below. “How powerful that storm cloud is!” he thought. “I wish that I could be a cloud!”

Then he became the cloud, flooding the fields and villages, shouted at by everyone. But soon he found that he was being pushed away by some great force, and realized that it was the wind. “How powerful it is!” he thought. “I wish that I could be the wind!”

Then he became the wind, blowing tiles off the roofs of houses, uprooting trees, feared and hated by all below him. But after a while, he ran up against something that would not move, no matter how forcefully he blew against it – a huge, towering rock. “How powerful that rock is!” he thought. “I wish that I could be a rock!”

Then he became the rock, more powerful than anything else on earth. But as he stood there, he heard the sound of a hammer pounding a chisel into the hard surface, and felt himself being changed. “What could be more powerful than I, the rock?” he thought.

He looked down and saw far below him the figure of a stone cutter.