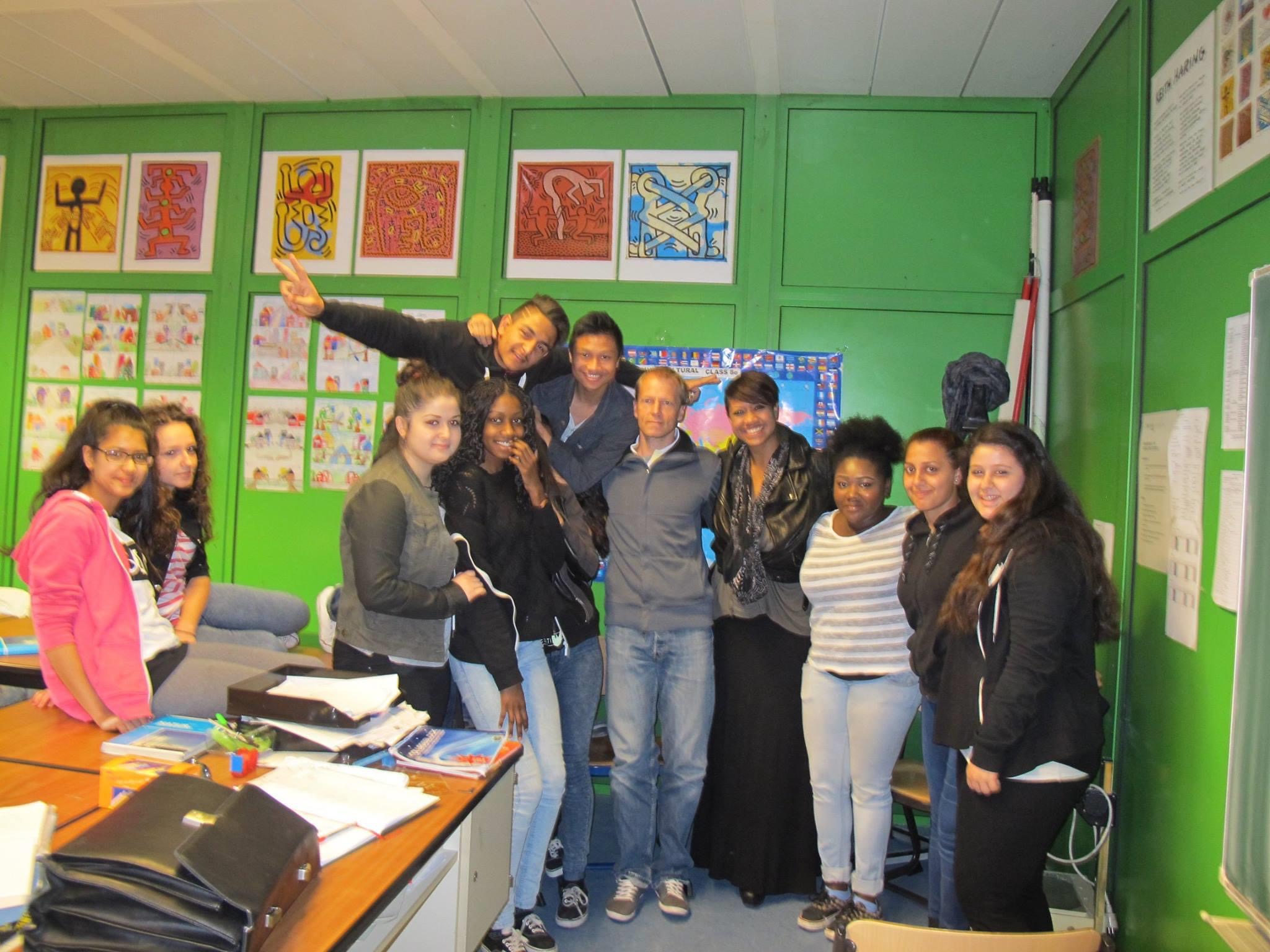 While I was in Germany, I had the incredible opportunity to speak with a group of middle and high school aged students at my friend’s school. We spoke of many different things and they asked me many important questions like, “Do you have a boyfriend?” and “What kind of car do you drive?” and “Are you an idol in America”? haha

But when I asked the students about their dreams, they got a little shy. However, when they opened up, they confided in me that they dreamed of being pilots, make-up artists, and entrepreneurs of a tech start-up in  California! I was so excited for their dreams and did all I could to encourage their pursuit of these passions. But then one brave girl raised her hand and floored me with her comment. She said, “I know that it’s not realistic, but I want to be a dog trainer.” I know that it’s not realistic. Wow. So instead of asking her why it would not be realistic, I asked her if she’d heard of Cesar Millan, The Dog Whisperer. She smiled enthusiastically and said, “Yes!” I told her that many people probably told him that his dream was not realistic, but he proved every one of them wrong by being brave enough to follow his dream. I will always remember the smile she gave me.  :)

Jim Carrey gave a commencement speech recently, and someone kindly compiled one minute of footage from that speech that addresses the topic of following your dreams. In that speech, he discusses how his father longed to be a comedian but decided to play it safe and become and accountant. However, he lost the job as an accountant…his “safe” job. The highlight of the speech is, “You can fail at what you don’t want, so you might as well take a chance at doing what you love.” Brilliant.

In the context of Carrey’s speech, “failing” is characterized by his father losing his job as an accountant. However, I also think of failure in the day-to-day reality of having to wake up and go to a job that you hate. I think this kind of reality is the true failure to ourselves that leads to frustration, anger, and even disease.

In The War of Art, Steven Pressfield writes about a concept he has termed “Resistance.” Pressfield poses the following question to explain the concept:

Have you experienced a vision of the person you might become, the work you could accomplish, the realized being you were meant to be? Are you a writer who doesn’t write, a painter who doesn’t paint, an entrepreneur who never starts a venture? Then you know what “Resistance” is. We don’t tell ourselves, “I’m never going to write my symphony.” Instead we say, “I am going to write my symphony; I’m just going to start tomorrow.”

But it’s more than just procrastination. Pressfield defines Rationalization as a series of plausible, rational justifications for why we shouldn’t do our work. We avoid doing the work we need to do at all costs because we are afraid. Another story from the book: Inside the Actors Studio: The host, James Lipton, invariably asks his guests, “What factors make you decide to take a particular role?” The actor always answers: “Because I’m afraid of it.” The fear is hard to admit, but it is the reality. It is the reality that we must face head on to break through and achieve our unrealized dreams. After reading the book, I remembered a reference to Hitler that Pressfield used:

Hitler wanted to be an artist. At eighteen he took his inheritance, seven hundred kronen, and moved to Vienna to live and study. He applied to the Academy of Fine Arts and later to the School of Architecture. Ever see one of his paintings? Neither have I. Resistance beat him. Call it overstatement but I’ll say it anyway: it was easier for Hitler to start World War II than it was for him to face a blank square of canvas.

Please allow yourself to think on that for a minute.

I also must give a thousand thank-yous to Derek Sivers for adding his notes from The War of Art here…if you don’t read the whole book, these notes will give you a great idea of the concept and actions.

Here are some key take-aways from the book for me:

The qualities that define us as professionals?
1) We show up every day.
2) We show up no matter what.
3) We stay on the job all day. Our minds may wander, but our bodies remain at the wheel.
6) We accept remuneration for our labor. We’re not here for fun. We work for money.
7) We do not overidentify with our jobs.
8) We master the technique of our jobs.

The most important thing about art is to work. Nothing else matters except sitting down every day and trying.

Whatever you can do, or dream you can, begin it. Boldness has genius, magic, and power in it. Begin it now.

If you were meant to cure cancer or write a symphony or crack cold fusion and you don’t do it, you not only hurt yourself, even destroy yourself. You hurt your children. You hurt me. You hurt the planet.

Creative work is not a selfish act or a bid for attention on the part of the actor. It’s a gift to the world and every being in it. Don’t cheat us of your contribution. Give us what you’ve got.

My original title for this post was, “Do what you love”…but now after writing it, I’ve decided that it really should be, “Do what you fear.” [I actually wrote a “Do what you love” post in Feb 2013! You can find it here.]  As we get older, I’m convinced that we start losing sight of what we love. We lose the vision that the young hopeful students that I met in Dusseldorf still (thankfully) have. We get jaded by life…by a life filled with detours that have led us away from our dreams. It is hard for us to remember what we love. We are more in touch with our fears.

As you read this, I am sending wishes for you to achieve your deepest dreams. The only way for those wishes to come true is if you start today…right now if you can ;)

Photo source: With dear friend Tom and his students in Germany.